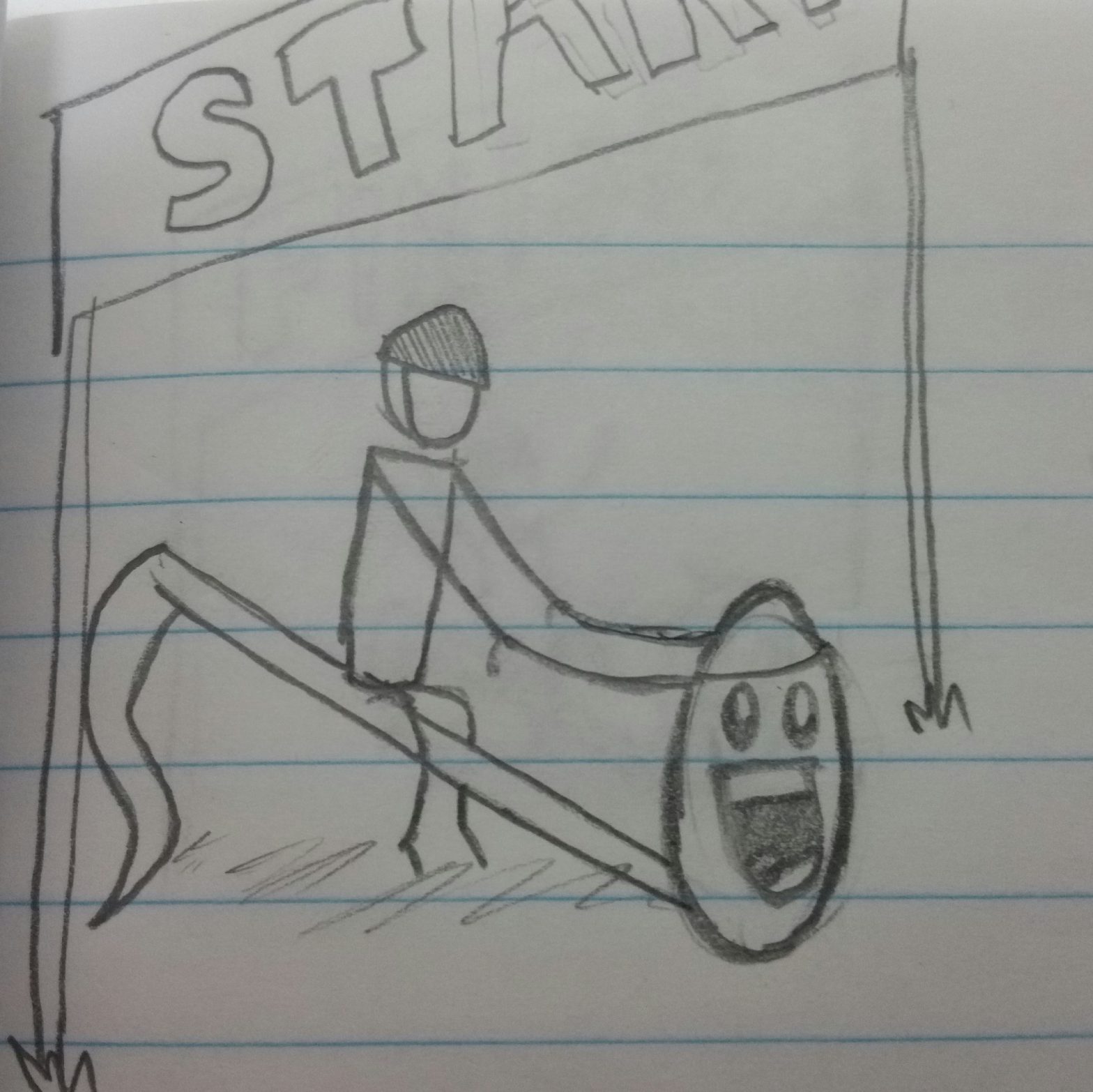 Today, I’d like to write about people, and more specifically, what people are to other people.

And I’d like to tell you that I’ll finish on a positive note.

Tomorrow is a special birthday for me and my family. While birthdays are usually days of celebration, today is a more sombre event.

It is the birthday of my sister, Kristen, born 24th of March 1991, who passed away on the 15th of September 1992. As the 24th of March comes around again, I have been thinking a lot about what we value about people.

First, though, I’d like to preface by saying that this post is likely to paint me as a little bit of a sociopath, only valuing people where they are useful or interesting to me. I’d like to try to convince you that it is quite the opposite of that.

What I’m trying to do is to put words around feelings and ambiguities that I think are far too important to leave ambiguous.

It is all too easy to be fine with thinking “People are valuable because they are people, and people are valuable.” It is then also easy to think about it, see that it is tautological, and then question why we feel bad about missing others, when they leave or pass away.

For some people, the tautology is enough. Things can have intrinsic meanings that don’t need to be defined.

For whatever reason, it’s not enough for me. I hope that I can provide at least an idea to cling to about why it is that people leave holes when they go, just in case I’m not the only one.

People are bundles of anecdotes

I think that we can sum up a great deal of what we mean to other people by thinking about stories. I’m not talking about works of fiction, but a wider meaning of the word stories, including anecdotes, observations and future potential.

It’s very telling that a lot of conversations (at least conversations that I’ve witnessed and taken part in) are made up largely of anecdotes. They are stories about interactions with people, tales of struggles (the Epic Tale of the Burnt Toast perhaps), and shared celebrations of successful events (such as an exciting camping trip, or a weekend of binge TV watching).

Anecdotes are honey-covered information for our brains. They educate us (turns out if you leave the toast on, it burns!), they give us insight into the lives of our friends (she eats toast for breakfast? Interesting!), and they entertain us.

While there are unmeasurable things (like physical connection), and intangible things (such as company) that we get from other people, stories feed us and allow us to grow as people. And people are the only sources of stories we have (until the robots learn…)

When somebody passes away, not only do we lose a life, we also lose their anecdotes. It is a sad moment, the realisation that you will never get to ask a friend about their experiences of growing up, or their first love, or even about the one time they tried seafood and didn’t like it.

Even more striking, though, is the knowledge that for every story you know you want to ask somebody about, there are thousands or millions in their head that you don’t even know you want to hear. We have no way of knowing how many stories would be in there. The number might as well be infinite.

People are explosions of infinite potential

On the other end of the time graph from anecdotes (tales of the past) is potential.

The funny thing about time, and our position in it, is that we can only see in one direction, but we are moving towards the other. We can remember the past, but we’re headed for the future.

To our minds, this presents in a strange way. We translate the “undetermined” future as “infinite”.

Don’t know which university you’ll go to? You’ll go to all of them! Unsure of who you’ll marry? It’ll be infinitely perfect! Where are we eating dinner? Everywhere!

I know that this is not literally how we interpret a lack of knowledge of the future, but my point is that until you’ve made a choice (or a choice is made for you) the future could hold anything, it could be one of infinite different versions of the future, unlike the one actual future that you’ll end up with.

And this applies to our views of other people. Maybe that one friend will finally get out of that job they hate. Perhaps your older sibling will publish that book they’ve been writing for forty years. Who knows, that one person you once knew might start talking to you again.

The future is full of potential, and everybody’s story is still going, all of these plot elements could resolve!

Until it stops. Then, the story finishes before you’re satisfied, before they’ve reached their potential, and the infinite future becomes a very finite past.

In case that isn’t all enough…

People are machines built for observation and reflection

This one is encapsulated by statements such as: “I wonder how my mother would have reacted to this.”

I am still lucky enough to have my mother around, so I can still benefit from her reactions to the world, but my point remains.

I once heard it said that sit-coms aren’t really about things happening to people, or people doing things to other people. They’re about reactions. How does Penny react to Sheldon when he says something amusing? How does Seinfeld react to Kramer entering a room? How do Roy and Moss react when Jen destroys the internet?

People say (sardonically) that something hasn’t happened until it’s been photographed, or posted to Facebook. I think this reveals exactly my point. We like to see reactions. Relaxation on the beach is fine, but it’s even better if we take a photo of it, and a friend posts a comment saying “Wow, wish I was there too!”

We value the reactions of other people. When we tell our friends “I went and saw a movie last night. It was amazing” we don’t want to hear “Noted”, we want to hear “Nice!”

And so, when somebody is gone, we lose this as well. Not just their stories of the past, or potential for the future, but their reactions to the present.

Perhaps it is this, the ability for the mind to behave in unexpected ways in response to the world, that makes us valuable other people. We couldn’t possibly replicate it, with our own minds, or with a computer program, or with anything else.

And that is what makes us miss people.

This is compounded a million times over when we think about conversation. You could try to predict where a conversation is going to go, but as soon as the other person says something you didn’t expect, you’re in unknown territory.

Your reaction to unexpected statements will then trigger an unexpected response, which further triggers another unexpected reaction. A conversation between two people, more than just the combination of two people’s thoughts, is a spiralling tornado of unexpected new ideas.

We can’t possibly recreate this by ourselves once they’re gone. Just as a game of tennis without an opponent is not really tennis.

But I did say at the beginning of this post that I would try to end on a positive note. Luckily, there is a positive note right there for me to grab at.

People have value to other people.

I know that this may seem obvious, but this is all a solid, verifiable framework around which to think about it.

Even if a person is unable to provide “value” in a utilitarian sense, financially or through service and favours, they still have value. And not just in an “everybody is valuable because they’re a person” way, but in a way that does not require great amounts of money or great skills.

Even if a person is unable to talk, or speaks a different language, their reactions are valuable to other people. A smile in reaction to good news, a supportive hand on the shoulder in reaction to something sad, a laugh in response to an unintentional innuendo.

That’s the takeaway. You are valuable to other people, even outside all the material benefits you provide.